The Importance of Playtime 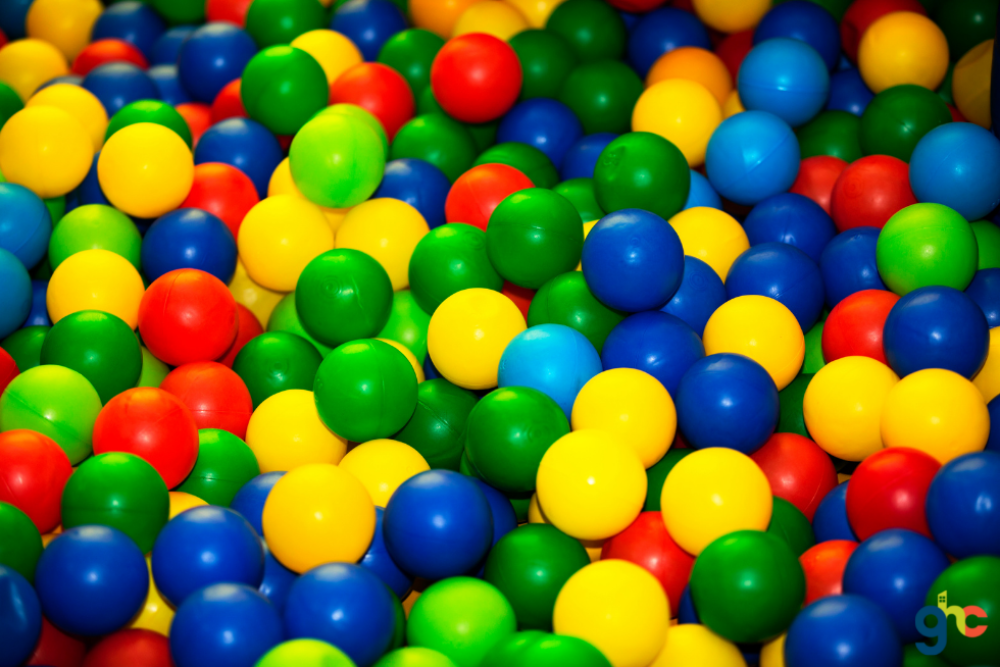 The Importance of Playtime

Children play. That’s just what they do. The fact that they’re learning while they’re playing is as natural as breathing to them; it's almost as if they know the importance of playtime. The American Academy of Pediatrics says that play is absolutely essential to a child’s development in early childhood and contributes to their emotional development, physical skills, social skills, language skills, and cognitive skills. In fact, it’s one of the best ways to allow a preschooler to truly experience themselves as well as their surroundings and to care for their well-being. They will become familiar with testing their own boundaries, learning about nature, avoiding arguments, and so much more. The benefits of play are seen in children who play at regular intervals and on a regular basis. They are known to behave better than those who play less and irregularly.

In the past, it was not uncommon to see children playing for hours on end with siblings, friends, and parents. These days, that’s not the case at all, especially in the public school setting. In fact, thanks to government pressure applied to school districts via the No Child Left Behind Act of 2002, the importance of playtime and recess were replaced by extra classwork in the areas of math and reading. At home, the importance of playtime is reduced due to heavy workloads on the parents as well as parents who spend a great deal of their at-home time on screens of their own. Those parents that aren’t as addicted to their electronic devices often find themselves putting as much pressure on their children in terms of homework as the teachers do during the school day. And none of this reduced playtime comes without a high price.

The Importance of Playtime Has Many Benefits

Play is a pleasurable, voluntary act that seems to make time come to a standstill. In fact, the act of playing is where the benefits come into action, as the outcome is often not even considered. It’s done purely for its own sake, and purely to have fun. It helps a child learn more about him or herself as well as others if someone else is involved in the play. Empathy, learning working together towards a common goal, problem-solving, and individual creativity are all honed and encouraged in playtime, offering an excellent opportunity for development, even at very a young age.

The most important skills that a child will learn through play simply cannot be learned any other way. No worksheet will encourage the practice of communication skills. Screen time is not a replacement for social and emotional interactions that can truly offer a different level of security for your child. Apps offer no physical endurance opportunities. In fact, the importance of play can be seen in helping to combat childhood obesity in ways nothing else can. Just the loss of physical activity alone is extremely detrimental.

The power of play affects one of the most fundamental aspects of a child’s play that we are seeing fewer and fewer examples of in the real world - the decision-making process. During playtime, a child often starts learning to make decisions on their own, as well as learning the implications of those decisions as natural consequences fall into place. It may be as simple as learning that you can only stack blocks so high before they start to fall, but it puts into play the process of thinking forward: What is a likely outcome of the action I am about to undertake.

Going hand in hand with this is the self-control and self-esteem that come as a result of free play. A chain reaction begins to happen within the child, through understanding their surroundings, learning to regulate what they feel as a result, and learning self-control and negotiation tactics. The importance of playtime affects all of these and can become ingrained in the mind of a child, leading to a young person that is far more in control of themselves than those that do not get to take advantage of unstructured play as much.

To take it even a step further, the idea of risk-taking becomes a factor during this time of free play as well. Learning to take protected risks within an environment where they feel safe can lead to experimentation with new ideas and flexibility when something doesn’t go as planned. These skills can later be put to use in executive business opportunities and entrepreneurial endeavors.

Why Has the Importance of Playtime Been Declining?

As early as 1659, it was common to hear the proverb ‘All work and no play makes Jack a dull boy’. We can only speculate what that ‘work’ distraction was in that generation. Today, however, technology is one of the biggest reasons behind the steep decline in playtime for young children. In fact, tech toys continue to be tailored so that children can utilize them at younger and younger ages. Television programming, computers, handheld devices, and video games are all making their way into the home at unprecedented rates, and the unintended consequences of the practice continue to grow by leaps and bounds.

It’s true that technology and the devices that go with it are particularly at fault for playtime loss, but there are other factors as well. One of the most well-known, as you’ll easily see by scrolling any social media feed, is the unsafe atmosphere of most neighborhoods. It hasn’t been that very long ago that children could roam their neighborhoods, playing with neighborhood children, riding bicycles, or gathering in the nearest sandlot. But today is different. Back then, neighbors knew one another, were often friends or family, and they would invite one another over for dinners or barbecues

These days, we most likely know only a few, if any, neighbors, and they could just as easily be drug dealers or sex offenders as anyone else. These unknowns cause many parents to staunchly restrict outdoor time, as we see more and more children being abducted from their own backyards, front porches, and community birthday parties. The same happens in restaurant children's play places, places of business, local parks, and even the hospital. It certainly pays to get to know those in your neighborhood and community, if at all possible, even though, sadly, it doesn’t assure that the area will be any safer.

The Importance of Playtime and Academics

Some believe that the earlier a formal education starts, the faster a child will learn, when in fact, that isn’t true at all. The truth is, forcing a child through educational practices when they are clearly not ready, can create frustration, anxiety, and eventually, complete mental shutdown to the “form” being pushed on them at break-neck speeds. Many child experts agree that most young children, especially those who are preschool and kindergarten age, seek out most of their academic skills first by learning through play.

As the shift was made in early education programs from play-based learning to a more academic focus, after the No Child Left Behind Act of 2002, it was thought that we would see distinct advantages. However, the exact opposite happened. Since that time, in the public-school setting, test anxiety has been on the increase, while creativity has decreased. Progress has been stunted in the areas of social, intellectual, and emotional development and a healthy child with good mental health is declining. In its place, negative attitudes and bullying continue to rise sharply every day.

Tips for Helping Your Child with the Importance of Play

In order to make sure your child reaches his or her true potential, without the anxiety that can often accompany it, you must give them ample opportunities to engage in play.

In 1825, the Irish novelist Marla Edgeworth subscribed a second line to the aforementioned proverb: “All work and no play makes Jack a dull boy; All play and no work makes Jack a mere toy.”

The wisdom in that second line emphasizes the importance of finding a good balance between work and play, remembering that playing isn’t “doing nothing”, but rather giving your child time to explore all types of play through free play, pretend play, make-believe play, and outdoor play, and learn about the world around them on their own. Here are several ideas that may help you have a happier, healthier, well-adjusted young person that’s ready truly to conquer the world.

When you attend a Great Homeschool Convention, you’ll find many resources, speakers, workshops, and vendors that are likely to have ideas, resources, or materials on the importance of play. You can examine materials and ask questions right on the spot, and learn even more about this fundamental necessity of the product being researched. You can also find ways to help move from play into academics that best suits your child and family.

We have seven regional conventions throughout the United States, and it’s likely there’s one near you. When you decide to attend, you can take advantage of some of the ways we’ve implemented to help ease the travel burden for those traveling long distances. You’ll find hotel discounts, military discounts, and free admission for clergy members, so be sure to pick a convention and make plans now to attend.

To find a local Great Homeschool Convention near you, CLICK HERE.