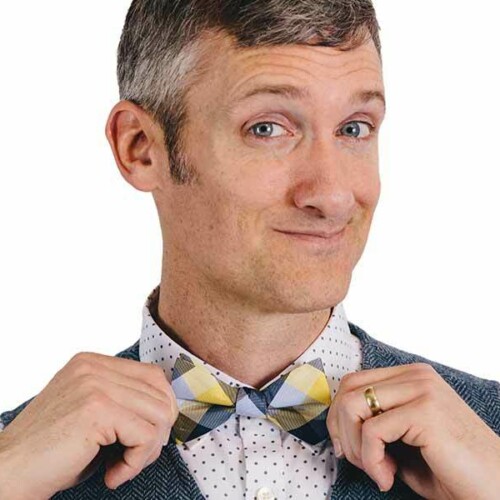 Slugs & Bugs creates music and stories full of faith and silliness for the whole family. We believe Slugs & Bugs kids will find it natural to remember Jesus in their homework, in their friendships, and one day, in the parenting of their grandchildren. Slugs & Bugs began with the premise that songs are one of God’s powerful tools for building strong relationships. When songs inspire laughter or deep spiritual thought, they can transform a routine car ride into a sweet family experience. Over time, that kind of influence can profoundly impact the culture of a family. We want families to sing together, laugh together, and think deeply together about the meaning of life and the nature of God. We believe those shared experiences will translate into stronger relationships in the family and a deeper understanding of their relationship with Jesus.

In 2006, Randall Goodgame and Andrew Peterson released the album Slugs & Bugs & Lullabies, and in 2010 Randall released new music and began the Slugs & Bugs LIVE concert tour. Slugs & Bugs music is among the most revered and critically lauded series in Christian family entertainment, garnering multiple Dove Award nominations and millions of streams online. Randall has toured Slugs & Bugs LIVE extensively throughout the U.S. and around the world. Slugs & Bugs now has released 10 albums including the popular Sing the Bible series. In 2019, Randall released his first 4 picture books in partnership with Lifeway and that same year the all-new Slugs & Bugs Show released – where good times, good music, and Good News share the stage.