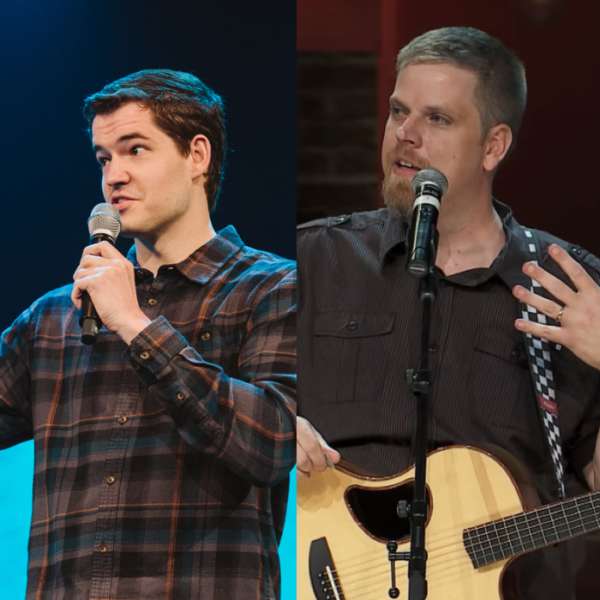 Andrew Stanley is an Atlanta-based stand-up comedian and homeschool survivor who isn’t afraid of bringing his deeply rooted insecurities to the stage. Okay, maybe he’s afraid, but he’s doing it anyway. His observational style and dry sense of humor have pleased audiences across the country. Andrew regularly performs at comedy clubs, churches, conferences, fundraisers, breweries, Uber pools...you get it. He was named the grand prize winner of The 2017 Search for the South’s Funniest Accountant. He was also selected to participate in the 2018 and 2019 Laughing Skull Comedy Festivals. Andrew’s parents are still alive so he works clean.

Friday Night Family Comedy Night at our regional GHC homeschooling conventions is a big hit, and a very welcome opportunity to sit down, relax and laugh together with other homeschool moms and / or homeschooling families. However, we didn’t want to schedule just “any” comedian for our GHC homeschool convention attendees. We were looking for someone that was really crazy-funny… and we found just the person! Jonnie blends musical chops, mad vocals, and off-beat standup for a hilariously unique comedy experience. Entering the comedy scene with nothing more than a guitar and his razor-sharp wit, he has gone on to entertain multi-generational audiences nationwide.

When not performing at solo events, Jonnie joins fellow funny man Tim Hawkins on his “Rockshow Comedy Tour”, delivering the funny at sold out shows coast to coast.