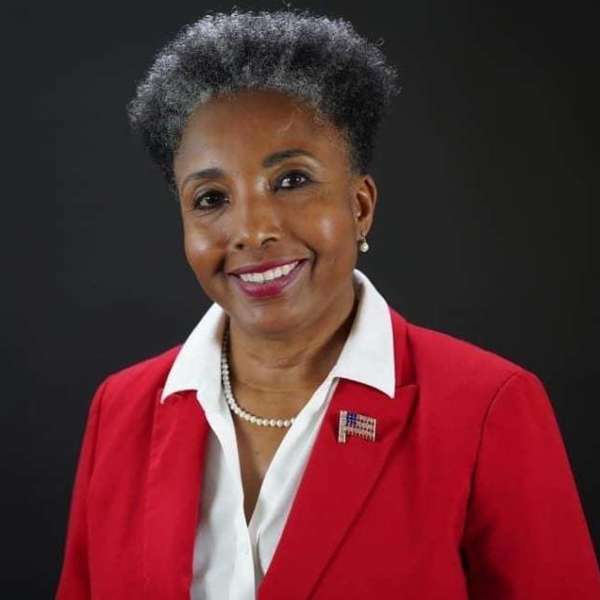 From high school dropout to teenage wife and mother to highly accomplished university professor and public intellectual, Dr. Carol Swain is passionate about empowering others to confidently raise their voices in the public square. Her clarion call is for We the People to stand up and Be the People who change our nation and world.

She is a public speaker, entrepreneur, author, and commentator. As the author or editor of eleven books, Dr. Swain is reaching the world with critical messages about our times. Her most recent books include Black Eye for America: How Critical Race Theory is Burning Down the House (Co-authored with Dr. Chris Schorr, 2021) and Countercultural Living: What Jesus Has to Say about Life, Marriage, Race, Gender, and Materialism (2021).

Dr. Swain is the founder of Be the People Project (BTPP), a nonprofit founded in 2011, that educates Americans about conservative values and principles. BTPP has sponsored educational forums, a national tribute to law enforcement, as well as partnered with other organizations seeking to educate and empower Americans about conservative values and approaches. Her businesses include Carol Swain Enterprises, L.L.C., and Unity Training Solutions, L.L.C., which offers an alternative to Diversity, Equity, and Inclusion Training (DEI).

Dr. Swain lives in Tennessee and has served on the Tennessee Advisory Committee to the U.S. Civil Rights Commission, the National Endowment for the Humanities, and the 1776 Commission. Her research has won national awards and has been cited in three U.S. Supreme Court cases. Dr. Swain received a B.A. from Roanoke College, M.A. from Virginia Polytechnic & State University, Ph.D. from University of North Carolina at Chapel Hill and M.S.L. from Yale.

Her opinion pieces have been published in CNN Online, The Financial Times, The New York Times, The Washington Post, The Wall Street Journal, The Washington Times, USA Today, and in other news outlets around the world. In addition, she has appeared on ABC’s Headline News, BBC Radio and TV, NPR, INT News, CNN’s AC360, CNN’s Michael Smerconish, Fox News’ Hannity, Fox and Friends, Judge Jeanine, The Ingraham Angle, and Tucker Carson. She has appeared in numerous documentaries and has reached over seventy-seven million people through her videos and work with PragerU.

Carol Swain is a follower of Jesus Christ who believes that faith in Him should be evidenced by a lifestyle that reveals his influence on our lives. “I honor and respect the wisdom of God’s Word as revealed through the Scriptures found in the Old and New Testaments of the Judeo-Christian Bible.

I believe our nation has been exceptional throughout the centuries, because of the wisdom and faith of the Founding Fathers who sought to establish an everlasting covenant with the God of Israel. Their wisdom is found in the Declaration of Independence and the U.S. Constitution. If America is to survive as a nation, we must rediscover our roots and unite as one people. We must recognize that multiculturalism and identity politics fuels division and divisiveness. As Matthew 12: 25-27 suggests, a house divided against itself cannot stand.”

Dr. Swain is the author or editor of eight books. Her first book, Black Faces, Black Interests: The Representation of African Americans in Congress (Harvard University Press, 1993, 1995), won the Woodrow Wilson prize for the best book published in the U. S. on government, politics or international affairs in 1994, and was cited twice by U.S. Supreme Court.

WHAT I CAN TEACH YOU ABOUT RACISM

Let me tell you how my story ends: I become a tenured, award-winning professor of political science at an Ivy League university, and then at one of the leading universities in the South.

Now let me tell you how my story begins: I grow up in rural Virginia, literally dirt poor. I drop out of school in the eighth grade and have three children by the time I'm 20.

I consider myself to be a reasonably modest person, but even I have to admit that's quite a journey.

I worked hard. Not crazy, 24/7 hard—just hard. I made good decisions. Not brilliant, three-dimensional-chess decisions—just good ones. I met people along the way who helped me and sincerely wanted to see me succeed—not because they had something to gain, but because they were decent people. Almost all of these individuals, by the way, were white.

But mostly, I think I was blessed in one crucial way: I was born in America, a true land of opportunity for anyone of any color or background. In this country, where you start your life does not determine where you end up.

That works in both directions, by the way. You can start out with every advantage and waste them all. Or you can start out with nothing and become a success. It all depends on you. Your attitude is far more important than your race, gender, or social class in determining what you will accomplish in life.

When I hear young blacks—or anyone, for that matter—talk about systemic racism, I don't know whether to laugh or cry. I want to laugh because it's such nonsense. I want to cry because I know it's pushing untold numbers of young blacks into a dead end of self-pity and despair. Instead of seizing the amazing opportunities America offers them, they seize an excuse to explain why they're not succeeding.

I was born into a world where systemic racism was real—no-fooling, outright-bigotry, back-of-the-bus real. But here's what you need to know: Yes, that racism shaped the black experience—but even then, it did not define it. Change was in the air. Call it systemic reform.

The modern Civil Rights Movement was in its infancy, and the leaders who fought for equal rights for blacks were men and women of all races. They believed in America and were determined to see it live up to its highest ideals—ideals manifest in the Declaration of Independence and the US Constitution.

Did I know, growing up, that George Washington and Thomas Jefferson owned slaves? I don't think I ever thought about it. If I did, I'd like to think that I would have had enough common sense to know that we can't judge men who lived 250 years ago by the moral standards of our own day.

But I know that Jefferson wrote the words in the Declaration of Independence that made slavery ultimately impossible: that all men are created equal. And I know that Washington, Hamilton, Franklin, Adams and the rest of the Founders risked everything to make my world, my America, possible. How could I not be grateful for that and for the sacrifices so many others have made to preserve it?

The truth is I cannot remember a time when I did not love America and feel pride in the belief that I live in the greatest country in the world. I knew if I diligently pursued my ambitions, I could leave the poverty of my early years, with all its abuse and depression, behind me.

I was fortunate in another way. I was spared the life-sapping, negative messages about America that are crippling a generation of young people. These ideas are poison:

☆ Whiteness as a form of property.

☆ Police have it out for blacks.

☆ That the United States was created to protect and promote slavery.

These are the ideas young people are told they must accept. And then they're told to reject the ideas that can save them—the antidote: the success principles that enabled me and millions of other Americans to escape lives of poverty.

These principles aren't complicated: work hard, learn from your mistakes, take personal responsibility for your actions. When I made the decisions to get my high school equivalency, attend a community college, and then earn four additional college and university degrees, I believed that my education would open doors. And it did.

It was only when exposed to academic theories of oppression in graduate school that I was informed that because I was black, poor, and female, I could never do what I had already accomplished.

Thank God, it was too late for these toxic messages to stop me.

Don't let them stop you.

Carol Swain is a retired professor of political science and law at Vanderbilt University.

In her essay contributed to Robert L. Woodson's book for his project 1776 Unites, 'Red, White, and Black: Rescuing American History from Revisionists and Race Hustlers', Carol finished by saying:

"What has been more challenging for me than the alleged systemic racism we hear about daily is the discrimination people who think like me face in the world of academia and the mainstream media because we dare to be different. Indeed, we march to the tune of a different drummer."