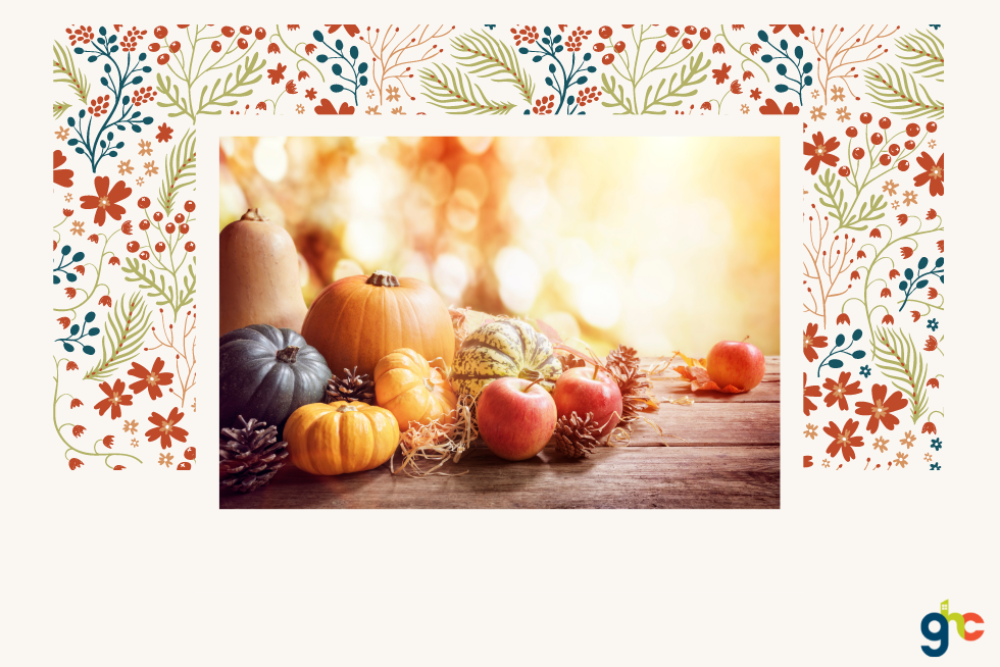 With Thanksgiving right around the corner, we thought it appropriate to take a few minutes to look at the birth of the Thanksgiving holiday, some of the truths and myths associated with its beginnings, and where we find ourselves now. The “pilgrim story” is quite well-known, but do we know it as well as we think we do? As we take this trip back through history, let’s see what lines up with what you know when laid alongside some true history of Thanksgiving.

The Pilgrims first made landfall on the tip of Cape Cod in November 1620. The following month, they set sail to safer harbors in Plymouth, although William Bradford and his fellow Mayflower passengers made no written references to setting foot on a rock, 'Plymouth Rock' as they disembarked to start their settlement on a new continent.

The Pilgrims Vs. Communism of Thanksgiving

The original plan for Plymouth Plantation, which was for a “company” colony; one in which everyone had an equal share no matter how long or how hard they worked. The bylaws for the company were drawn up in July 1620, covering the first seven years that the company would exist, and included everyone who was aged sixteen and older.

During that first seven years, everyone would share the benefits of any means of profit, whether by work, trade, or any other effort put forth by any plantation resident who received any gain. Everything that the residents needed - food, clothing, or any type of provision - would come from the “common stock”. At the end of the aforementioned seven years, all profits that had been won, earned, bartered, or created, including business and trade earnings, homes, and land, would be divided equally by everyone there.

It sounds like Utopia, doesn’t it? Having everything you need, no matter how hard you worked (or didn’t work). For those with a mind to work, it was a great idea. For those who had already planned to take advantage of those that did work, it still sounded like a great idea. But eventually, the hard workers tired of supplying their own needs and the needs of those who refused to work because they knew they didn’t have to. Taking care of “the less fortunate” (the widows, orphans, and elderly) is ONE thing. Taking care of those able to work, but who refused to do so, was quite another.

In Bradford’s History of Plymouth Plantation, he did not mince words when he talked about the fact that this “communistic” way of doing things failed miserably. He stated that the very experiment itself proved that the theories of ancients such as Plato were empty and that taking away people’s private property for the good of the state did not, in fact, make the whole flourish. He went on to say that the idea of the communal property actually retarded the employment rate and served as a breeding ground for confusion and unhappiness. Those who were able to work, and did so, began to object to the type of enslavement that forced them to work for the betterment of other men’s families, with nothing to show for it.

Bradford further stated that for a strong working man to have no more than the man who couldn’t or wouldn’t work even a fourth as much was a severe injustice. On the other hand, those older men who couldn’t work found it disrespectful and humiliating that they should receive much for the little that they worked. In fact, the men began to see much of the work that was done by their wives for other men as a form of slavery, and they absolutely did not like it. It wasn’t long before the redistribution of wealth in their communist agenda created the very social chaos they were hoping to avoid.

After much arguing about the failure of communism in their midst, Bradford conferred with the chief of the people and decided to allow each household to have their own parcel of land where they could plant corn for their own families and make the living they felt right for themselves. This time, there would be no sharing. If one family did not work, they simply did not have.

As it turns out, there was great success with this plan. Instead of people grumbling about having to work for both themselves and those that wouldn’t or couldn’t work, everyone was willing to work. Even the women, who previously refused to work, citing the inability to do so, were now willingly going out to plant, and even taking their children with them to do so.

The result? More corn was planted. Less trouble was taken to plant it. A larger crop was brought in. And the people were extremely satisfied with the fruits of their labor and the bounty that came with it.

The Thanksgiving That Squanto Arrives in 1621

After a horrible winter in 1621, only 47 of the original 102 Pilgrims were left, and only half of those left were physically able to care for the others. But that next Spring, in 1621, Squanto, a Wampanoag Native American, showed up showing the English settlers how to plant corn and catch fish and beaver. He also served as an interpreter between them and the other tribes nearby. Bradford believed that Squanto had been sent by God to bless them abundantly.

In the fall of 1621, Edward Winslow recorded that after the corn harvest was brought in, Bradford sent four men on a hunting expedition for meat with which to celebrate the bountiful harvest. In that one day, the men came back with enough foul to feed the plantation for nearly a week.

After the great hunting excursion, the Pilgrims, along with more than 90 Indians, including their king Massasoit, feasted for three days. The Indians had also been hunting which allowed them to bring back five deer, which they gave gladly to Governor Bradford to add to the feast.

That three-day-long feast that took place after their bountiful harvest, alongside Indian neighbors, is what we now relate to as the first Thanksgiving, as it was the role model for all the Thanksgiving feasts that came after. Thanks to intricate histories set in place by Bradford and Winslow, we know many of the details about that Thanksgiving dinner, and the lean times that gave way to the bounty that followed.

Jeremy Dupertuis Bangs, a Dutch historian, also recorded some thoughts about the event, saying that the first Thanksgiving was quite explicitly a day set for to praise God and God alone. That praise went up for the fact that they had not only made it through the winter alive but that they finally had a bounty, having cast off the bonds of communism and the tyranny that came with it. He went further to say that Winslow’s description - “after a more special manner to rejoice together, after we had gathered the fruit of our labors,” actually alluded to the Scriptures, specifically Psalm 33 and John 4:36:

“Behold, the eye of the LORD is upon them that fear him, upon them that hope in his mercy; To deliver their soul from death, and to keep them alive in famine.” (Psalm 33:18-19)

That first Thanksgiving created an echo that would be remembered down through the ages. Times of plenty and great harvest were always met with the remembrance of what the Pilgrims overcame that first year.

The Thanksgiving proclamation that came June 20, 1676, by the Council of Charlestown, Massachusetts meant to appoint a solemn day of Thanksgiving, giving thanks and praise to God.

George Washington was the first to actually create an official Thanksgiving proclamation, which was approved in 1777, and again in 1789. John Adams did the same. Thomas Jefferson, on the other hand, didn’t want to violate the separation of church and state, a view that was upheld by all presidents until 1863, three years after the Civil War began.

Native American harvest festivals had taken place for centuries in North America, and there had long been colonists’ services to give thanks, but there had never been a Thanksgiving holiday until Sarah Josepha Hale entered the picture. She pushed for a national holiday to formally “offer to God our tribute of joy and gratitude for the blessings of the year.”

After reading an editorial written by Sarah Josepha Hale, President Abraham Lincoln, on October 3, 1863, finally made Thanksgiving Day a national holiday, with all states recognizing the same day - the last Thursday in November - as a national day of Thanksgiving. Prior to this, each state proclaimed its own annual day of Thanksgiving. In this proclamation, Lincoln said, “No human counsel hath devised nor hath any mortal hand worked out these great things. They are the gracious gifts of the Most High God, who, while dealing with us in anger for our sins, hath nevertheless remembered mercy. It has seemed to me fit and proper that they should be solemnly, reverently, and gratefully acknowledged as with one heart and one voice by the whole American People.” (“Thanksgiving Proclamation by Abraham Lincoln” 2018)

President Franklin D. Roosevelt also created a proclamation for Thanksgiving Day on October 31, 1939. In it, he cited the Pilgrim’s humble spirit in thankfulness to God, who had preserved their community and gave them an abundant yield of crops. It was the first time a proclamation had ever been made to move the date for the holiday. Roosevelt’s reason for doing so was to allow more Christmas shopping days in hopes of continuing to boost the nation’s economy. (Can you imagine having Black Friday on Halloween!?)

October 28, 1961, saw yet another Thanksgiving Day Proclamation by President John F. Kennedy. He reiterated many of the words used by President Roosevelt speaking of the hardship of the Pilgrim’s first year and their thanks to God for keeping them and helping them to harvest plenty. But he went further to say, “...We give thanks...for the heritage of liberty bequeathed by our ancestors which we're privileged to preserve for our children and our children’s children...I ask the head of each family to recount to his children the story of the first New England Thanksgiving, thus to impress upon future generations the heritage of this nation born in toil, in danger, in purpose, and in the conviction that right and justice and freedom can through man’s efforts persevere and come to fruition with the blessing of God.”

The fourth Thursday of November, the day designated for American Thanksgiving, is a day of celebrations. Many times the original days of Thanksgiving celebrations are forgotten. As we are grateful for our families, friends, and material things the true meaning of the harvest celebration of the pilgrims is mostly forgotten.

As you gather with friends and family this Thanksgiving to take part in Thanksgiving traditions, don’t forget the true spirit behind the celebration. Don’t forget the struggles that those first Pilgrims went through finally to see a wealth of benefit from their labors, or their humbleness before Almighty God, knowing that it was only through His provision that they had seen such an increase.

Let’s all remember to be thankful for what He has done in our lives, our families, and our country.