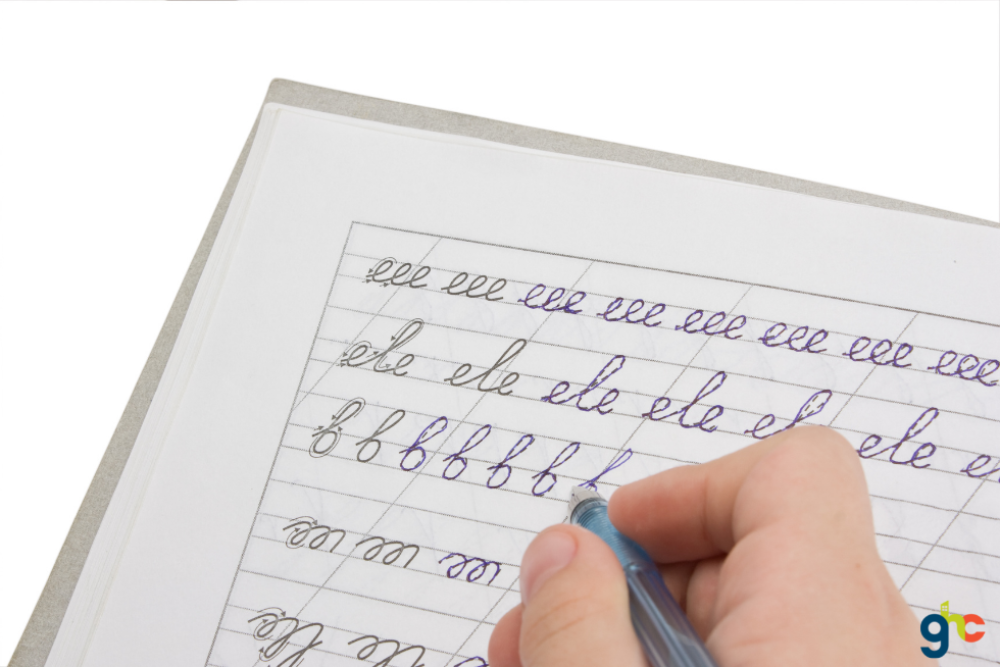 Cursive Writing Is So Beneficial: Here’s Why

A recent Facebook post jests that cursive handwriting is a lost art and will one day be used in nursing homes as a means of secret code because the younger generation won’t know how to read it. Sadly, that is actually truer than you might think! As more and more educational facilities and educators replace cursive writing with Common Core rhetoric, learning how to write - or read - this important form of handwriting will be all but gone. Whereas, it used to be taught in elementary schools on a regular basis. And that’s one of the reasons why it’s so important for homeschooling families truly to understand how important teaching cursive writing can be for your children.

In the not so-recent-past, I even worked with a 17-year-old young lady who did not know how to write her own name in cursive, although she did take it upon herself to learn, as many children have. In fact, it’s actually very beneficial and maybe even a little necessary in some instances. They might not see it right away, but knowing how to read and write cursive is not only beneficial from a practical standpoint, the discipline required to learning cursive and mastering it brings an enormous sense of accomplishment and self-esteem.

For instance, you cannot give a proper signature without knowing how to write in cursive penmanship. This immediately rules out signing legal documents, e.g. contracts, checks, lease agreements, etc. What kind of effect will that have? Has it even been studied? The truth is, losing our ability, as a society, to write in cursive could bring more problems than many might think. It’s still one of the most beneficial forms of writing. And that’s what we’re going to take a look at right now.

Simply setting out to pick up and write with a pencil and paper is an excellent form of brain stimulation especially in an age where digital communication is taking over. When you do that writing in cursive, as opposed to printing, it helps your brain further to develop in areas such as working memory, language, and the overall thinking process. The literal act of writing in cursive, as opposed to other forms, has been known to link the right and left brains together. Could it be that cursive writing is as much an art form as it is a science?

The physical act of penning something out in cursive also leads to a better comprehension of the subject matter. There is a certain fluidity in cursive that enables you to get your ideas across on paper much more quickly than when printing that same information. The various starts and stops in printing cause the writer to focus more on the act of writing than on the information, therefore it’s possible to even lose information instead of maintaining it.

There has been much documentation, as well, that shows that cursive writing skills help build fine motor skills as well as dexterity, especially in children who have learning disabilities. William Klemm, a senior neuroscience professor at Texas A&M University, says that writing in cursive causes widespread cerebral engagement in both areas. He even points towards proof in brain scans taken during the act of writing in cursive. It shows that extensive regions of the brain are activated in the areas known for memory, language, and thinking in general.

The act of writing in cursive demands an absolute form of attention. When taking notes, for instance, students who do so in cursive, in an actual notepad, are known to be able to reframe information in ways that viably reinforce learning. The necessary attention span is truly sparked in young children who are just learning to write. As more time is spent on the act of processing the information that’s actually being written about, more of that information will be available for greater recall.

At the same time, there is just as much importance placed on the mechanics of reproducing the letters, words, and sentences necessary during learning. Not only does this help with fine motor skills, but it also helps to create muscle memory which is a very important factor in learning. Learning hand-eye coordination for specific skills is also critical in mastering a keyboard, using tools, and playing sports.

Specific Benefits of Cursive for Those With Learning Disabilities

There are now some known reviews that outline how writing in cursive handwriting practice can actually help those with specific neurological disabilities such as dyslexia. As this practice brings the two brain centers together, dyslexia - which stems from the language and auditory centers in the brain being disconnected - can be much easier to manage and deal with. Another disorder much like dyslexia is known as dysgraphia. In this disorder, there are specific difficulties in the motor control necessary for writing. Writing in cursive can help to rebuild the necessary connections to ease the symptoms of these disorders, making them much easier to deal with.

Many homeschooling families believe that in order to move on to good cursive writing practice, a child must first become fluent in printing. However, the older generation has many reasons why that’s just not right. One argues that spending two years teaching a child to write in a specific handwriting style, e.g. the print method, can truly discourage children from then learning a brand-new way to write in the third grade. In fact, some children go on to learn what is necessary to pass the exam but will refrain from writing in cursive from there on out. On the other hand, some children who are first taught how to print go on to have excellent cursive handwriting skills. This is primarily because they always had a desire to do so and because of that, they would practice as often as possible when alone, or any other time they had the opportunity.

The homeschool curriculum company, Abeka, points out that the curves in cursive letters are often much easier to produce in kindergarten and first-grade children than the straight lines and precision required for good print writing. It’s much easier for young children to catch on to the fluidity and flow of the cursive alphabet, as opposed to the “stop and go” that is a constant in printing. That means that cursive writing, unbeknownst to many homeschooling parents, is actually much easier to learn than print, so it makes sense to teach it first. Starting with individual letters, commonly lowercase letters are used first and then adding uppercase letters. From there, moving on to formulate full words and sentences.

Still, many years ago, students were taught how to write in cursive from the first grade onward. And many times, they did it with a writing quill dipped in ink. In those early days, it was extremely important to have handwriting classes, with plenty of handwriting worksheets for practicing. The more practice you are able to instill will also increase the legibility of your child's cursive. So if you think cursive writing is something best saved for later, it might serve you well to speak with someone much older than yourself, who actually lived through an academic experience in which great emphasis was placed on handwriting.

To Lose Cursive Writing Is To Lose History

After Common Core philosophy offered schools the opportunity to make cursive writing an option rather than a standard, we began to lose things. The ability to sign a document or to create wonderfully penned personal notes and letters are just a few of those. But if society as a whole leaves cursive writing behind, it’s only a matter of time before many historical documents will be of no use because there will be no one to read them.

Right now the argument is that children no longer have to read the original cursive forms of the Declaration of Independence, the United States Constitution, or any of the other historical documents written in cursive because they have all been transcribed. But what if there should come a day when those transcriptions fail? Just suppose, at some point, they are purposefully altered for nefarious reasons. The fact is, unless there is someone that can read cursive, no one will be any the wiser.

You can find out much more about the benefits of writing in cursive through all the wonderful connections you make while attending a Great Homeschool Convention. In fact, you may even hear some of our featured speakers make mention of it, or attend a workshop on its importance. There are many like-minded homeschooling families who will be attending, and you can connect with them, as well.

Our seven conventions are regional, and there is likely one in an area close to you. It’s true that some people will have to travel a little farther than others, and we take every opportunity to make that as easy as possible for every family. We offer hotel discounts, military discounts, and active clergy members get in for free. We also have special considerations for volunteers, so contact us if you think you might want to volunteer.

In order to find a Great Homeschool Convention location near you, CLICK HERE.